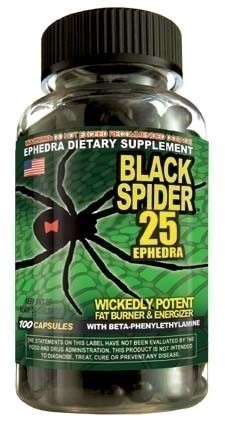 So what is it? Well it’s a fat burner! It’s something you’ll be using during your fat loss training phases. We’ll go over what’s inside it coming up in the breakdown.

The breakdown: Now every ingredient in here… I’m not going to go over word for word. But I’ll tell you what I like about it and the benefits.

So overall benefits are increased energy levels, increase thermogenics, possible replacement for your pre-workout. I wouldn’t recommend taking a fat burner and a pre-workout. That’s a lot of caffeine, a lot of stimulants in your body.

Looking at this label, there’s a lot of stuff in here. Everything is going to be geared towards thermogenics, increased calorie burning, appetite suppressant or stuff like your cayenne pepper; stuff to help just make everything absorb and play friendly or nicely in the body. Also this does have ginger root in it which helps with nausea. If you ever took a fat burner before you have the potential to get that side effect. So I like when I see ginger root get thrown in there.

So you see Ephedra in there and you’re thinking to yourself Ephedra is banned, they’re lying to me! Well yes and no. They’re not lying to you, there is Ephedra in here but a different form. Ephedrine is in here (different form of ephedra) which has just enough alkaloids in it that makes it potent so that the FDA doesn’t ban it. So this form of Ephedra is probably better as a appetite suppressant. I just don’t want to mislead you and say this is the real ephedra. It is not as effective, this is why you can get it. You can’t find real ephedra anywhere!

That being said you have caffeine in it.

Got your white willow bark. Which is great for a antioxidant amino boosting properties.

You have your bitter orange extract, which is also known as Citrus Aurantium  (proper name). It actually releases chemicals in the body very similar to ephedra and ephedrine more specifically. So that is going to promote your fat burning but it’s a little less potent than the illegal stuff.

We also have something called Beta-Phenylethylamine. It’s just something that stimulates your dopamine/serotonin levels. Increases your happy hormones, which has fat burning boosting properties in it indirectly but again makes you happier! We’re all grumpy when we’re not eating.

We have Guarana extract stimulant

We have Yerba Mate. It’s a mild stimulant and a appetite suppressant.

Cayenne pepper is going to help be synergistic with everything in here.

Your green tea, black tea, ginseng, your ginger root all in here.

Bladderwrack powder is a seaweed which has been shown to help increase thyroid function, thyroid function T3 T4. I won’t get to scientific on you. It is good for optimizing your metabolism and making sure you’re burning calories the way your body should be throughout the day.

You have theobromine which is comes from cocoa extract. It’s a mild stimulant and you also have a thermogenic in there called Evodiamine.

If you have watch some of the other Cloma Pharma videos or general videos, you’re going to hear me talk about this a lot because I just want to be clear. These aren’t magic pills, you’re not going to pop this and lose weight overnight.

Will it help you burn more calories? Absolutely!

How? Well you’re in a calorie restriction diet already, you’re working out already, this will give you a little boost of energy levels. More energy you have allows you to do more throughout the day. The appetite suppressant will help when you have cravings so sticking to your diet will be easier. It also has some mood support in there because we all get grumpy when we’re dieting, it’s a fact. So having all those things I just mentioned will make your fat loss journey a more enjoyable one and a more effective one.

So you can find Cloma Pharma black spider 25 at Same Day Supplements for $29.99, coming in 100 caps per bottle.