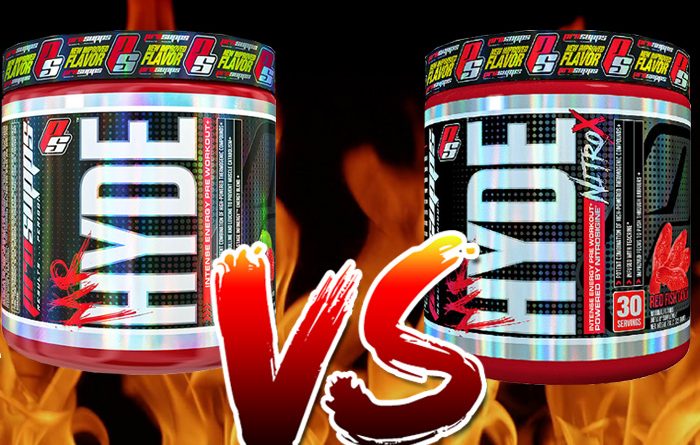 Like Dr. Jekyll transforms into Mr. Hyde, Pro supps has a transformation in store for one of their top selling pre workouts, Mr.Hyde. Introducing Mr Hyde Nitro X By Pro Supps! The new Mr Hyde Nitro X was formulated to help take you and your workouts to the next level. But whats different and what can you expect?

As you can see in the image above, we’ve highlighted the difference in the formulas. From a first glance there isn’t any really huge differences between the formulas.  But lets get into the break down of each change starting with the first matrix.

In this matrix there was only one change, from agmatine sulfate to arginine silicate. Agmatine is a derivative of the amino acid l-arginine. Agmatine helps nitric oxide synthesis, as well as work to properly regulate cellular energy. This makes agmatine sulfate a popular pump ingredient choice. So why the switch? Arginine silicate or Nitrosigine contains both arginine and silicone. This causes the release of a peptide, which will enhances blood flow. Researchers have proven nitrosigine to work better than regular arginine. 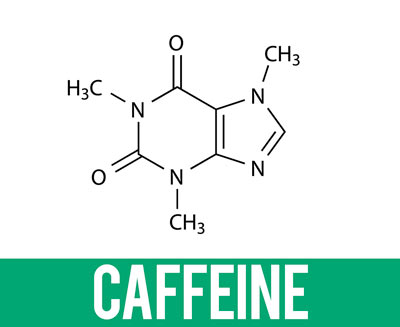 In this matrix there are a couple of changes to note. One, the new formula contains 1mg more of the ingredients for this matrix than the old formula. This is due to  Pro Supps increasing the Di-caffeine Malate by 1 mg. The next change is in the caffeine citric acid blend. This blend includes citric acid and caffeine anhydrous. Although the amount of each ingredient within this blend isn’t specified, they do sum up to the same 50mg that the old formula contained. 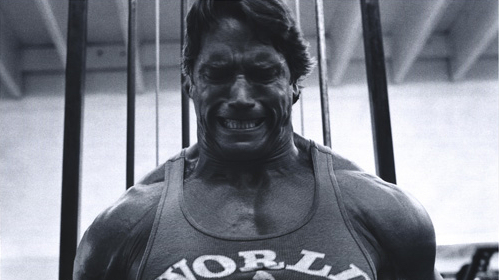 This is where we will see the most changes between the formulas.Firstly the new version contains 24mg more of the ingredients in this matrix than the old.

Going in order from the label, the first ingredient change is the addition of theanine. Theanine is amino acid most commonly found in green tea. Theanine has been shown to support focus and  concentration.  When paired with caffeine, theanine has been shown to improve mood and cognitive processes without the jittery feeling associated with  caffeine. Now if you go across the new formula to the old, you’ll see that theanine took the place of a different ingredient, hordenine. Hordenine can relate to theanine in its focus improving abilities, however hordenine doesn’t provide the same effects as theanine when paired with caffeine. The addition of theanine and removal of hordenine can make the formula more “new-user” friendly. So if this is your first pre-workout and you’re nervous about it being too strong, you have a little protection from some of the negative effects of caffeine.

The next change is the addition of N-Acetyl-Tyrosine. N-Acetyl-Tyrosine is a modified version of the amino acid Tyrosine. This version has the the active compound “acetic acid” in order to increase its bioavailability and absorption. It helps to support the same functions (and benefits) in the body as tyrosine. These includes the cognitive enhancement, reducing stress, and increasing working memory and well being. This was swapped from the N-Methyl L-Tyramine HCl in the old formula. N-Methyl L-Tyramine HCl is methylated version of L-Tyramine. NMT is known for it’s energy boosting properties, while also being a good appetite suppressant.

Theacrine is the last addition to the new formula. Caffeine is structurally similar to theacrine, so it works a lot like caffeine too. Theacrine will help to boost energy and performance while decreasing fatigue. Theacrine does this by preventing dopamine from being reabsorbed after it is released in the brain. This causes dopamine levels to rise, which can increase energy levels, improve mood, and provide greater mental focus. It also blocks adenosine, the chemical responsible for feelings of sedation.

The next change you’ll notice in the label is that there was an increase of yohimbe bark extract by 1mg. Yohimbe has stimulant properties and helps with stubborn fat areas by increasing fat utilization.  It works by increasing adrenaline levels in the body, as well as inhibiting a regulatory process in fat cells, which normally suppresses fat burning.

What can you expect?

Okay so what we all want to know is how does it feel?

Based on customer reviews,  Mr Hyde Nitro X provides serious energy and focus with decent pumps and moderate endurance. So if you were a fan of the old formula you can expect to experience similar effects with the new version. The new formula comes in 10 tasty flavors which can be viewed on here.

The intention of the information above is for reference only. While we attempt to keep our information accurate, we cannot guarantee it is an accurate representation of the latest formulation of the product. If you have any concerns, please visit the vendors web site. The information above are the views of the product’s manufacturer, not the views of Same Day Supplements. The Food and Drug Administration has not evaluated these statements. This product is not intended to diagnose, treat, cure or prevent any disease or illness.