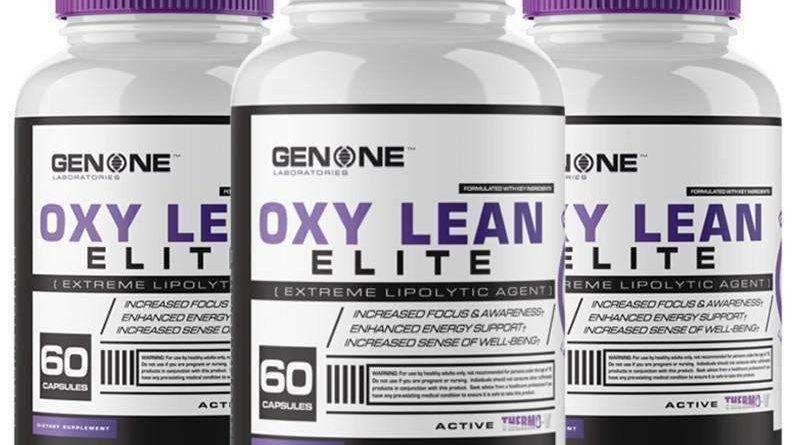 New supplements are released or discovered constantly. Sometimes this means the same product/ingredients are released by a different manufacturer, under a different name. With that being said, it’s hard to filter through what’s worth the money and time – and whats a waste it. In this blog, we’re going to compare two popular fat burners;  Hydroxyelite by Hi-Tech Pharmaceuticals and Oxy Lean Elite from GenOne.

Both these products are advertised as thermogenics, with the intended purpose of improving metabolism and accelerating weight loss. Before we get into the breakdown, let go over what a thermogenic is.

Thermogenics tend to increase heat through metabolic stimulation. In terms of weight loss, thermogenic supplements are designed to increase your metabolism (the rate at which you burn calories), suppress your appetite, and thus promote weight loss.  Like most ingredients, thermogenics are not created equal. So there will be a variation between strengths and reported effects.

If you have seen some of our other product reviews, you will be familiar with our set up of comparing labels. However in this review, instead of highlighting the differences between the products, we highlighted the similarities.

As you can see from the labels, these products share 4 ingredients. These ingredients include; Caffeine, Bauhinia Purpurea Extract, Bacopa Extract, and Rauwlscine Extract. However, a major difference between the labels is the proprietary blend. In Oxy Lean Elite, all the ingredients are listed in this prop blend; with a total of 550 mg of active ingredients.

This means you can’t be sure of how much of each ingredient is in this product. For some users, this could be cause for concerns with stimulants being included in the mix.

Although Hydroxyelite too has a prop blend, Hi-Tech does state the amount of Caffeine, 2-Aminoisoheptane HCl, and Garcinia Cambogia Extract. With that being said, it should be noted Oxy Lean Elite does contain more active ingredients than Hydroxyelite (550 mg V. 519.5 mg).  But as we’ve seen before quantity doesn’t always mean better quality.

As we mentioned before, due to the use of prop blends we cannot be sure of how much of each ingredient is in the blend. But we can still compare their claims vs reality. 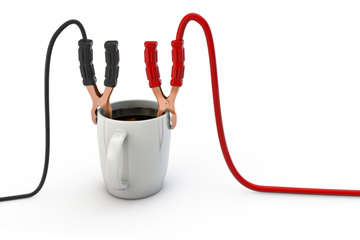 What is it? Caffeine is a bitter substance derived from plants; including Coffee beans, Tea leaves, Kola nuts, and Cacao pods. Caffeine can also be synthetic (or man-made). This type of caffeine is often found in drugs/medicine and supplements.

Including caffeine in a fat burner can influence your metabolism. † Caffeine is a stimulant. It stimulates your central nervous system, which can make you feel more awake and give you a boost of energy.

Caffeine is also a diuretic, meaning that it helps your body get rid of extra salt and water by urinating more. However, too much caffeine can cause some unfavorable effects.

Such that include: increasing blood pressure, Restlessness and shakiness, Headaches, Dehydration, Anxiety and more. †This is why we find it important that you control your caffeine usage.

The Bauhinia Purpurea tree has been discovered to be an effective ingredient in helping you lose weight by boosting your metabolism and improve your body’s ability to burn calories. Unlike some of the other ingredients in these formulas, Bauhinia Purpurea does so by affecting your thyroid. The thyroid is responsible for a person’s metabolism.

The gland produces two hormones, thyroxine (T4) and triiodothyronine (T3), substances that improve your body’s metabolism to break down calories quickly and efficiently, break down carbohydrates so that these won’t get deposited in your body, stimulate cholesterol breakdown, and increase the serotonin in your system to put you in a better mood.

What this extract does is stimulates the thyroid gland into producing higher levels of T3 and T4 to  boost your body’s metabolic rate to allow you to burn more calories, prevent fat gain, and improve your mood.†

Bacopa monnieri has been shown to improve cognition, through reducing anxiety. It’s probably not too surprising that just as it reduces stress, this beneficial plant also can reduce depression. It is also reliable for improving memory formation.†

Rauwolscine is what is known as a diastereoisomer of Yohimbine. Because of this, it has very similar effects as yohimbine. Rauwolscine is an alpha-receptor antagonist, meaning it can block the action of the receptors responsible for stopping lipolysis (fat breakdown). Taking Rauwolscine before you train allows your body to keep breaking down fat beyond the point in exercise where it would normally stop.† 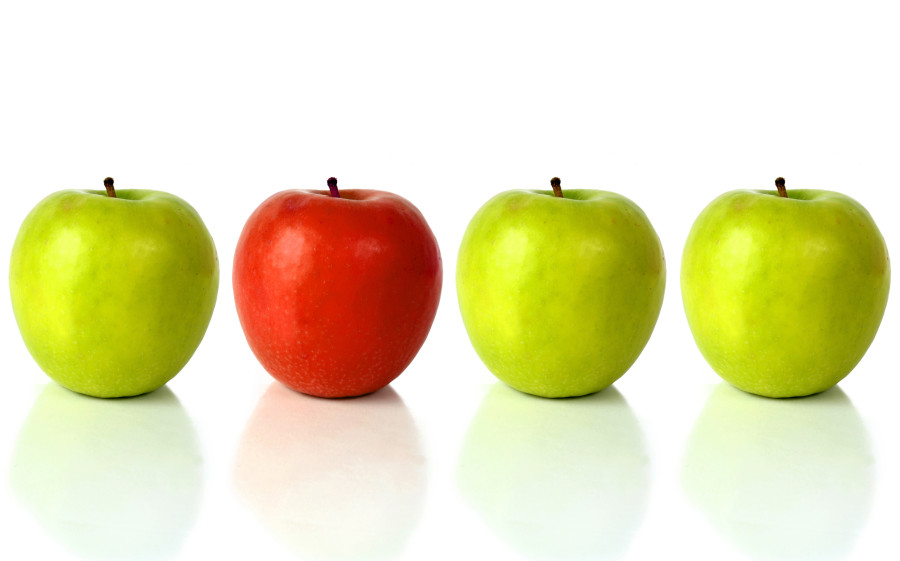 Now that we know what these Hydroxyelite and Oxy Lean Elite share, we need to go over what makes them special. To do this, we’ll start by going over Oxy Lean Elite and comparing (when possible) to ingredients found in Hydroxyelite. 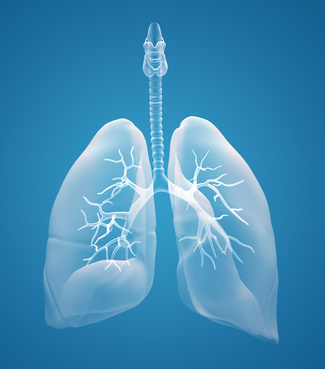 Theophylline is an  ingredient we see being incorporated in a lot of fat burners. It is considered a bronchodilator, meaning it helps relax and open-air passageways in the lungs. However, theophylline also has stimulant properties.

Because of these properties, you get the fat-burning proprieties normally associated with stimulants. Such that includes an energy kick, focus aid, appetite suppression, and even some more mood-boosting properties.†

The only ingredient we feel is comparable in the Hydroxyelite formula is the 2-Aminoisoheptane. 2-Aminoisoheptane is a DMAA-like stimulant that goes by several names. It is naturally found in Walnut Bark extract or the bark from the Juglans Regia tree.

This ingredient acts as a bronchodilator as well. Because 2-Aminoisoheptane has a close resemblance to DMAA, we would believe this ingredient is stronger.† 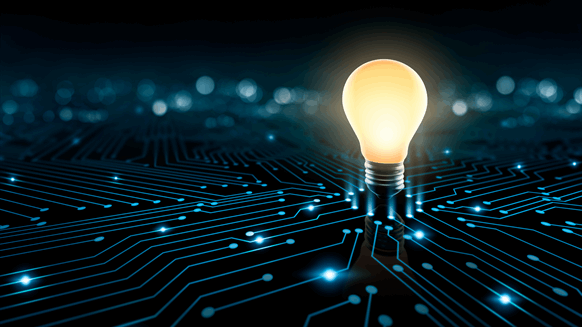 We would compare this to Cirsium oligophyllum in Hydroxyelite. There are two main effects from circium;

So what does that mean?

When you’re in a fight or flight response situation, your body releases epinephrine. That epinephrine binds to your beta-2 adrenergic receptors, which causes a massive chain reaction that ultimately ends in releasing fat for energy use. The process is known as lipolysis. Cirsium oligophyllum helps ignite that epinephrine to kick start lipolysis without the need for a fight or flight response. This ingredient also is a great thermogenic due to the action of uncoupling protein 1.

For this ingredient, our best matchup would be the Garcinia Cambogia Extract. Garcinia cambogia s derived from a fruit of the same name also called Garcinia gummi-gutta. The peel of the fruit contains high amounts of hydroxycitric acid (HCA), which is the active ingredient believed to be responsible for most of the weight loss benefits.

This extract may suppress your appetite while also inhibiting fat products and reducing belly fat. The main reason for these effects is thought to be that garcinia cambogia inhibits an enzyme called citrate lyase, which plays an important role in the production of fat.†

These minerals and vitamins are essential for optimal health and growth; but how do they help weight loss? B vitamins like niacin are great for helping your body produce energy naturally. While magnesium is great for controlling and improving glucose usage in the body. Lastly, we have selenium. Selenium is great for several things including improving your mood and IGF-1 response.†

So with all these benefits what can we compare it to? Well if you’ve been keeping up with our labels, we only have one ingredient left on the Hydroxyelite side, Walnut Bark Extract. Firstly, we need to bring back 2-Aminoisoheptane.

There are several forms of this stimulant. But the two most common are 2-amino-6-methylheptane, and 2-amino-5-methylheptane. Having both these ingredients in the formula provides you with the best potential for receiving the desired effects. Which includes; increased energy, suppressed appetite, mood support.†

While it’s hard to say which product is best for which person, we would say Hydroxyelite has a stronger formula despite having less active ingredients. Having the entire formula as a prop blend in Oxy Lean Elite makes it even more difficult to say which effects are more prominent. However, with both formulas, we would expect a moderate increase in energy.

So if you are sensitive to stimulants you shouldn’t experience jittery-ness or associated side effect†. With that all stated, your results will vary. If you’re still stuck on which product to select from, you should just compare the reviews. 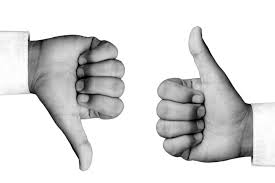 What Do The Reviews Say