So what is Cobra 6P?

Blackstone marketed it as an intense stimulant fat burner. But if you want, you could take it before the gym as well.

Inside there are several things you’ll see:

Unfortunately Cobra 6p Extreme is a proprietary blend. So we wouldn’t be able to know how much of an ingredient is in the blend.

Caffeine is great base stimulant to set the foundation for more intense stims. We also have Teacrine and Theobromine which are going to be similar in strength. But Theobromine may aid increases a thermogenesis more.

There are 3 stimulants in Cobra 6P that are a little more heavy duty:

These 3 ingredients actually act in a vary similar way. In fact, Hordenine is chemically similar to Advantra Z. Advantra Z is a formula that boils down to bitter orange extract and a bitter orange extract comes this product called synephrine. And has been shown in a mild scale to mimic ephedrine, which is of course the active compound in ephedra. While Hordenine and N-Methyl Tyramine have strong similarities to the feel-good alkaloid PEA.

We also have Achyranthes Aspera, which is an anti-inflammatory as well as an antidepressant.

Now we have Bioperine which doesn’t really do anything on it’s own but it increases the absorption rate and increases the bioavailability of all the other substances that are mentioned.

And last but certainly not least is the yohimbine which is shown to have libido enhancement properties as well as a proven thermogenic aid is an increase the amount of calories you burn at rest you were not working out let alone when you are actually working out.

So with all that being said for this particular product which can be used as a pre-workout or fat burner… we’re going with fat burner here by the way it looks from the breakdown.

So now how would you take it? 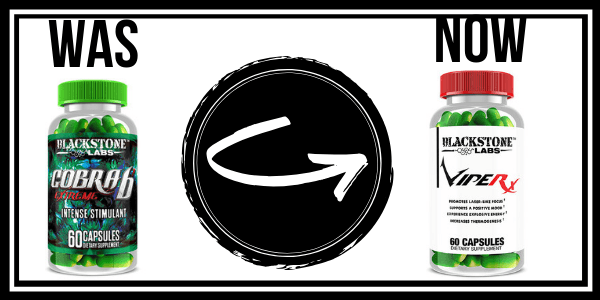 What Can I Take To Replace Cobra 6P?

As you probably know by now, Cobra 6P and Cobra 6P Extreme are no longer available. But not to fear! Blackstone has replacements for both.

If you wanted a replacement for Cobra 6P

If you wanted a replacement for Cobra 6P Extreme

But if you wanted something even more intense

†PLEASE NOTE: The intention of the information above is for reference only. It is our goal to maintain and display accurate information. Yet, we can’t guarantee it represents the latest formulation of the product. If you have any concerns, please visit the manufacturer’s web site. Also, the information above is not a representation of our views at Same Day Supplements. These are the views and information provided by product’s manufacturer. The Food and Drug Administration has not evaluated these statements. The intention of this product is not to diagnose, treat, cure or prevent any disease or illness.