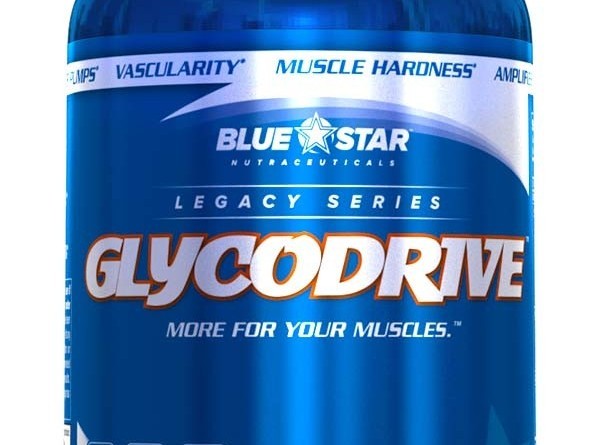 So Fenugreek, first ingredient on the list. It appears to slow the absorption of sugars in the stomach and stimulate the production of insulin. There has actually been several studies that kinda show it helps out the blood sugar levels of people with diabetes and is the first study we focused on that we carried on to the bodybuilding world.

Next up ALA, the body can use it to assist with the breakdown of carbohydrates and make energy for all the body parts in your body.

Than we have something called Banaba Leaf and that has been shown to lower blood glucose. What happens when you lower blood glucose well the reason why it’s lower is because your skeletal muscle is absorbing or up taking that glucose, taking it out of the blood and that’s a measurement for increased rate of glucose absorption.

Next is Cinnamon Cassia, to be honest my research has shown that this one doesn’t really increases any insulin production or glucose uptake but some studies do point that it could help and does help as a metabolic amplifier to increase the amount of calories burned throughout the day.

So sodium R-Lipoate, so this actually kinda mimics the effects of insulin. So it doesn’t increase insulin but it’s kinda signals the body to uptake glucose like insulin and actually helps restore glycogen availability in tissues such as muscle tissue. Something like this is going to replenish your glycogen.

You have Vandyl Sulfate, pretty much the same thing as what I just mentioned.

Gymnema Slyvestre which also increases the amount of insulin in the body and increase the growth of cells in the pancreas. Pancreas is where insulin is produced so the more cells there is, the more healthier they are and the better overall production of insulin.

You also have Berberine, it slightly reduces blood sugar levels in people with diabetes.

So all the ingredients kinda do the same thing, so why is that important? Well when you eat carbohydrates, your body breaks down all of carbohydrates into glucose. The glucose is like one of the smallest molecules of carbohydrates, so all that’s in your blood. When you’re working out, your body already has its fair share of stored glycogen. So glucose stored in the muscles, (glycogen) and you run through your glycogen while you’re working out. Any type of work out whether it’s doing sprints or weightlifting and when you run out, you lose your your energy, you’re not as full. That’s why when you’re on a diet sometimes on your low-carb days or your diet is just naturally low on carbohydrates, you feel little flat and skinny.

Something like this is going to help the body take that high carbohydrate meal and take the high levels of glucose in the blood and make sure that the body a.k.a. skeletal muscle in this case, is going to increase its absorption rate of the glucose giving you nice full feeling. That’s why they say it gives you a pump complex along with vascularity. You’ll see in muscle hardness, amplifies insolence -it says it right on the bottle just so you know a little bit of the science behind it.

Based on this, it’s kind of s class of its own because there’s only a few companies that can come out with something like this. A lot of ingredients with the exception of one has a lot of research behind it. So 8.5 out of 10 just based on the breakdown.

How to take it

What should you expect

So I haven’t taken anything like this before so I might actually picked this up and try it myself. The reason for doing these videos is to give you the science behind it but you guys can comment and tell us about your experience it and how it worked for you. So the reviews I saw online were very mixed to be honest but this is one of our top sellers of the blue Star line, it flies off the shelves. So a lot of people say it works great for them, some people say you know I didn’t really notice anything. Everyone’s a little different, diets are different, their work out routine is different, the amount of effort they are putting into the gym is different. So give this a shot if it’s something that you’re looking for and let us know.

So what should you expect, it would in theory basically help with muscle hardness and your pumps in the gym. You should notice more vascularity and that’s probably what I would expect when I pick this up and than I’ll comment below and let you guys know what I think of it after taking it.

You could find GlycoDrive at Same Day Supplements, retailing for $47.99 giving you 60 caps.