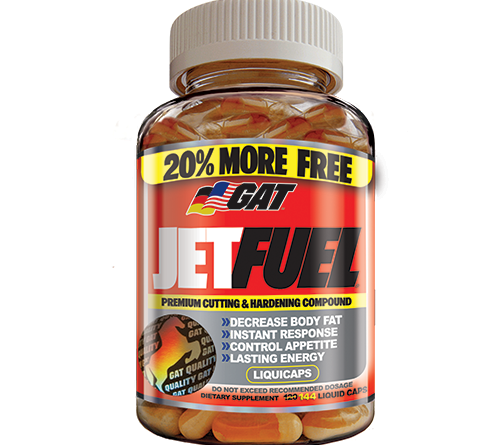 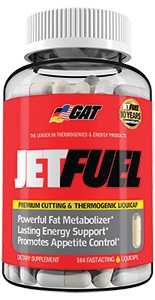 So what is it? Well by the looks of it it’s a very strong fat burner. Nothing much more and I can say on a top level so let’s go get granular and dive into the breakdown.

So you have your vitamin B’s, your B12, MCT Oil your medium chain triglycerides which are nothing too crazy but have been shown to help basically promote fat burning through fat burning metabolism.

Guarana extract (stimulant), caffeine (stimulant); these stimulants are going to help give you more energy to do more a.k.a. burn more calories throughout the day, self explanatory right?

Now we have Panex Quinquefolium, which is basically a herb that helps with appetite suppression. We have green tea extract which is a host of benefits including many of the anti-antioxidants as well as some basic overall increase in metabolism throughout the day at rest.

We have synephrine hydrochloric. Synephrine is your bitter orange extract. It’s an ingredient or chemical found in bitter orange extract that has been shown to mimic the same effects that the real ephedrine had on the body but of course, a little less potent or the FDA would ban that too.

Next, we have yohimbine. I like Yohimbine.  It’s one of the few ingredients that have really been proven to be a thermogenic aid and not to mention fellas, it’s also shown to increase libido and have male sexual enhancement side effects.

L-carnitine…l-carnitine is not a biggie but it’s worth mentioning that it’s been shown in small cases to increase fat metabolism using the utilization of fat for energy to promote fat loss on a small scale.

Next we have Evodiamine and hoodia. Hoodia has been around forever. They both act as pretty good appetite suppressants; again it’s kind of self-explanatory but just in case sometimes we get those cravings to binge while on a diet or caloric deficit.

So these kinds of ingredients helps us by telling the brain that we are a little more satisfied than we really are than if we would not have taken this. So it reduces the urge to binge especially at night.

We also have 5-HTP in there that helps more with the mental aspect of dieting. It’s a precursor to serotonin. Serotonin is your happy hormone. I want to be happy while I’m dieting because when I’m looking at pizza and I can’t eat that pizza I’m going to be a little upset so this helps you. That’s really in layman’s terms as to why you see mood enhances in there. It definitely can affect your mood when you are dieting.

So looking at the rest of the ingredients in here, we see something called cortiRx. The reason why they call it the cortiRx is because it is basically your cortisone suppressant.

When you’re dieting, you your body goes through a lot of stress and one of your stress hormones cortisone.

What does cortisone do? Well it has the chance of eating away at some muscle mass there if it’s lingering around too often it actually helps suppress some of that cortisone in their and as the cortiRx plan added in jet fuel

So judging by that and everything I just said it looks pretty good and it covers all the bases that I look for a fat burner so 9 out of 10 for the breakdown.

Alright, so how do you take it?

Well, it says do not exceed six capsules a day. So those six capsules when you get your max doses can be broken down to 3 in the a.m. before breakfast on an empty stomach about half hour before you eat. Same concept but now those other three for lunch time before you dig into your lunch.

I would start with 1 or 2 in the morning and 1 or 2 at lunch assess tolerance so you’re not tweaking out at work. You don’t know how hard it’s going to hit you because it does have some strong ingredients in it.

If you do cardio in the morning or fasted cardio on an empty stomach take two or three before then for the best results they claim.

So what should you expect by taking this? I’m going to say this in every single fat burner video I do….

You need to have proper nutrition and a diet plan in place as well as some type of rigorous workout program before you start to really reap the rewards of a fat-burner. It is here to supplement your regiment and that is why it’s a supplement. Then again you will notice a benefit by taking it but is not a miracle drug; you have to put in the work.