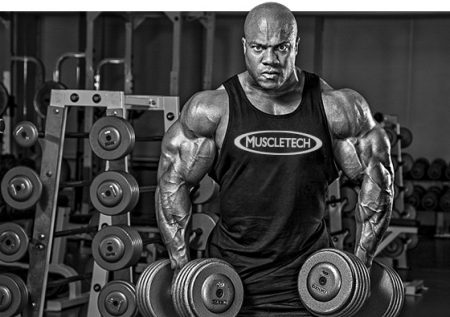 Phil Heath spent his childhood years in Seattle, Washington, where he developed an innate athletic drive. Heath began his athletic career with basketball. Playing on the varsity team in his high school. His skills on the court granted him a scholarship and highly coveted position as point/shooting guard for the Pioneer’s at the University of Denver. During this time Heath majored in IT and Business Administration but walked away with lessons in sportsmanship and leadership from his Division  1-A Men’s Basketball team. While training for his basketball games, Heath became familiar with the weights room, and was inspired by the camaraderie and hard work that his friends showed in the gym. Balancing three jobs, which were, web-development, bouncing at night clubs, and basketball academy training, Phil immersed himself in the culture of bodybuilding in his limited free time.

It wasn’t until October of 2002, that Phil Heath officially pursued bodybuilding. In 2003, Heath competed in his first competition, The Rocky Mountain NPC (National Physique Committee) USA Championship. Thereafter, Heath walked away with his first overall title. Heath attended the event a second time, securing 2nd place in the light-heavyweight category, only one point away from repeating his initial victory. With the intention to perfect his craft, Heath enrolled in a hardcore gym. He normally eats eight meals a day, and drinks two protein shakes per day to keep his energy levels high. His new training methods were paying off. As of late 2003 he was 7lbs heavier at 200lbs and by 2005 Heath was at a respectful 215lbs.

Here Heath landed another victory in the NPC Colorado State Show where he earned the distinction of Mr. Colorado. Heath went on to receive his IFBB Pro card in 2005.He soon made appearances at The Colorado Pro Championships and The New York Pro Championships, winning both in 2007. This gave him the confidence to compete in the Arnold Classic, where he came in 5th place. By 2011, Heath had won his first Mr. Olympia title and has held the title since. 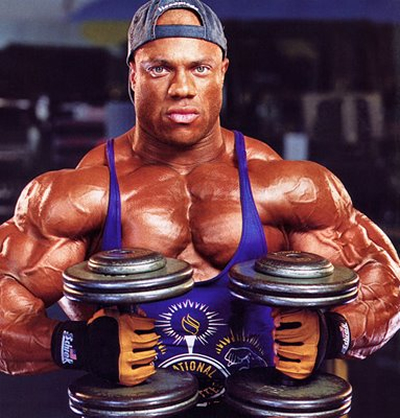